Breiðamerkursandur beach/the diamond beach has deep black sand and washed up ice chunks from Jökulsárlón glacier lagoon. These give the beach the appearance that diamonds are dotted across the shores – something that beaches don’t commonly have! During the winter season, seals can be found swimming in the water, including some that swim far into the glacier lagoon to hunt the fish that hide in the waters. 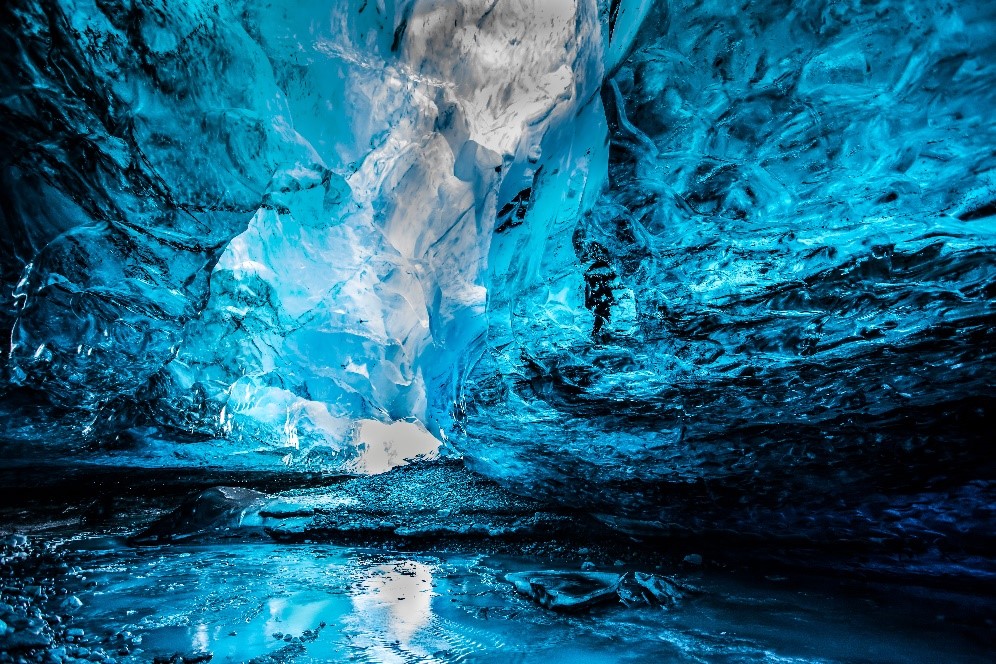 One beautiful feature in Vatnajökull National Park is the ice cave. This cave is as close to an ice palace as the natural world is likely to get and makes for some amazing pictures – the cave is very dangerous and slippery but there are many guided tours that can be taken to visit this crazy phenomenon.